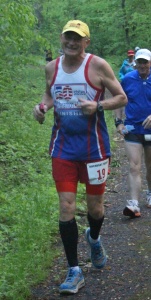 You would be hard pressed to find anyone having more fun on a marathon course than Clyde Shank. If you are within 100 feet of him, chances are you’re having a great time, too–it’s just hard not to when this man is around. He is always smiling, joking, laughing, taking pictures and just hamming it up for himself and everyone around him. And it is all genuine: he is actually having the time of his life out there on the course, and at that time there’s no place he would rather be.

Clyde started running in 1986, at the age of 38, after the death of his father. One evening while watching a Dallas game on TV, he got inspired to run around the block, so he got up out of his recliner, went outside, and started to run. He got about three houses past his front door before he wondered out loud to himself, “Clyde, what happened to your body?” He put in the time and effort to change that body, and soon was running 5Ks and 10Ks on a regular basis. In 1994, he ran his first marathon, the Dallas White Rock. 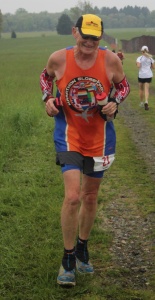 The second marathon for Clyde would come seven years later. The inspiration for that one was his wife Kelly. She told Clyde she wanted to run a marathon, and asked if he would train her. He told her he would and that if she stayed on track, she would finish the race. That she did, with Clyde beside her every step of the way. A year later, his daughter Jennifer came to him with the same request. He also helped fulfill her dream, and in doing so a stronger bond was formed between father and daughter. Clyde found the experience very profound and life-changing in a few ways: most relevant to running, he realized that he had not been injured. (While running the shorter distances, he had focused on speed and was often hurt.) By taking the time to train others and slowing his pace to run the marathon distance, he felt much better and finished without injury, a realization that brought him to the conclusion that he was built not for speed, but rather the steadier pace needed for long-distance running. He feels truly blessed that his wife and daughter helped him discover this.

In the 14 years since that third marathon, Clyde has run 204 more and racked up numerous accolades. He was the 4th person to finish a marathon in all 50 states and seven continents. He has since completed the states and continents both for a second time, and is closing in on a third, lacking just two continents (Asia and Africa) and 15 states to complete this trifecta. He would also like to hit 300 career marathons by the end of 2018, which I have no doubt he will do.

Clyde has run a total of 49 races with Mainly Marathons, leaving him sitting on the cusp of 50 and the coveted sugar skull award that comes with reaching that milestone. I asked him about his experiences with our races, and this is what he said: “I love these smaller races where you can get to know more people, having out and back courses enables the opportunity to get to know many more folks. Yes I have indeed been accused of being an extrovert… I enjoy cheering others on and like to put a smile on others’ faces. If someone is struggling I love helping get them to the finish line. This is one of my greatest joys!!” It is also an extreme joy to have Clyde out on the courses with us. Next time you run with him, be sure to say hi—you’ll be glad you did! 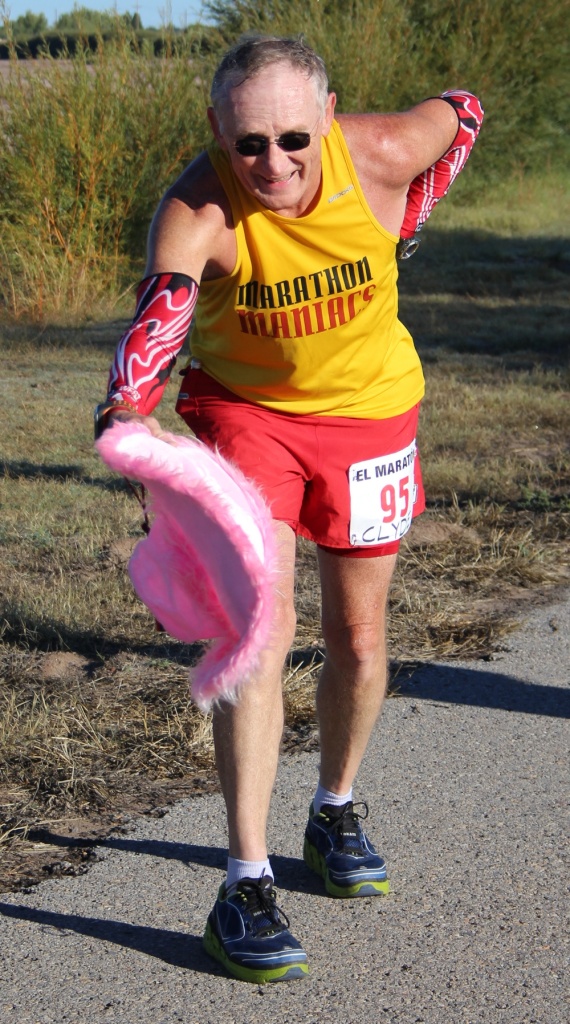