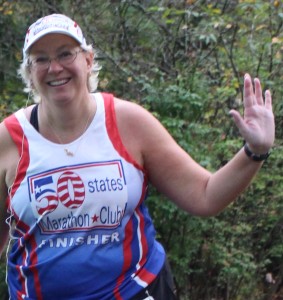 Steve Boone’s marathon career began with a dare. In 1988, a client of his bet Steve he couldn’t finish a marathon. Well, the client lost that bet, but that started an annual tradition, and both the client and Steve have run the Houston Marathon every year since. While the client has continued running, Steve has outpaced him just a little bit: in the 27 years since that first marathon, he has run 628 more. Paula Boone started running more traditionally, when she joined a running club and eventually worked her way up to the marathon distance. Her fourth marathon was Boston in 1998, and that is when she and Steve met.

Together, the Boones have accomplished much in the world of marathoning (beyond their combined 947 marathon finishes). In 2002, they founded the 50 States Marathon Club, an organization that promotes, supports, and recognizes runners who attain the goal of running a marathon in every state. They are also veteran race directors, having put on the End of The World and Texas Marathons. The latter, now in its 17th year, is held every New Year’s Day in Kingwood, TX. 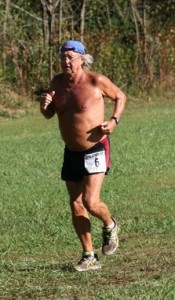 In addition to their feats on the course, the Boones are very active and generous in promoting the healthy aspects of running. In 1994, Steve founded the Marathon Challenge Program in Texas. The goal of the organization was to get kids to run the marathon distance of 26.2 miles over the course of a school year. Each participant who runs the full the distance receives a T-shirt. That first year, they had 14 children complete the challenge; this year they handed out nearly 10,000 finishers’ shirts. The program has proven so popular that they have expanded it to India, where they expect 5,000 kids to participate in its first year.

If you’ve been running for a while, chances are you’ve encountered the Boones on the course somewhere, especially if you’ve run with Mainly Marathons. Steve and Paula have completed a few Mainly Marathon series, and are expected to join us for more in the future. You can always spot Steve out on the course, usually wearing a 50 States Marathon Club singlet. Paula graciously volunteers (usually at the water table) in addition to running some races, and their “kids”—adorable sock monkeys that travel everywhere with them—are always nearby. I asked them what they like about running Mainly Marathons events. “We appreciate the generous time limits (there are none),” said Steve. He continued, “It’s fun to run with our friends all around the country. We always tell people it’s like summer camp for old people.” We hope you’ll join us and the Boones out on the course soon, and if you do, make sure to say hello to this great couple! 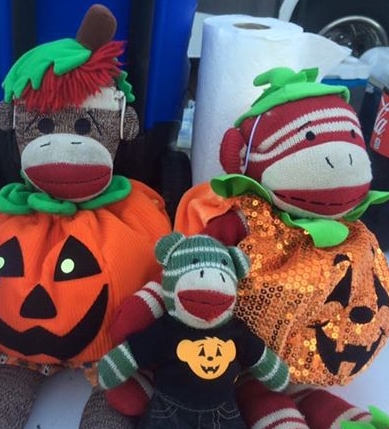