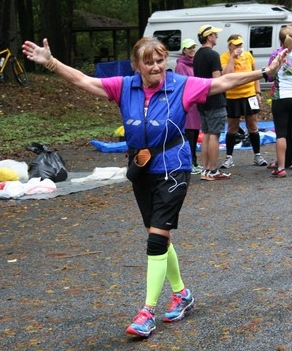 Marathoners are like one big happy family, and for veteran runner Pam Penfield, that is literally the case: her husband and two daughters have followed in her footsteps, all having run multiple races. In case they are keeping track in the Penfield household, Pam’s husband and children have run a combined 102 marathons. Pam has doubled them, and then some. finishing her 233rd career race in Little Rock on March 1.

As is the case with many runners, Pam’s running career began with a bet 33 years ago, with the Marine Corps Marathon, in October 1982. This was also the site of her 100th career marathon. Since then, she has run all over the country and world, completing all 50 states and five of the seven continents to date. She has also completed the Chicago Marathon five times, NYC nine, the very challenging Pikes Peak Marathon 16, and the famed course in Honolulu 32. The friend who bet Pam couldn’t run a marathon way back then should have listened when Pam said she could. Now the rest, as they say, is history.

Pam has been a regular on the Mainly Marathons circuit since our first Dust Bowl Series in 2013. Last year, she finished 18 races over the course of four series, and this year she hopes to do all nine series, covering 40 states. Why does she run so much? “I love seeing America and meeting wonderful folks from all over,” she said. Those are two of the main attributes of Mainly Marathons, and we are very happy to be able to help runners achieve all of their goals. We are looking forward to seeing Pam out on the course this year, and hope you will join her and all of the other great members of our marathon family. 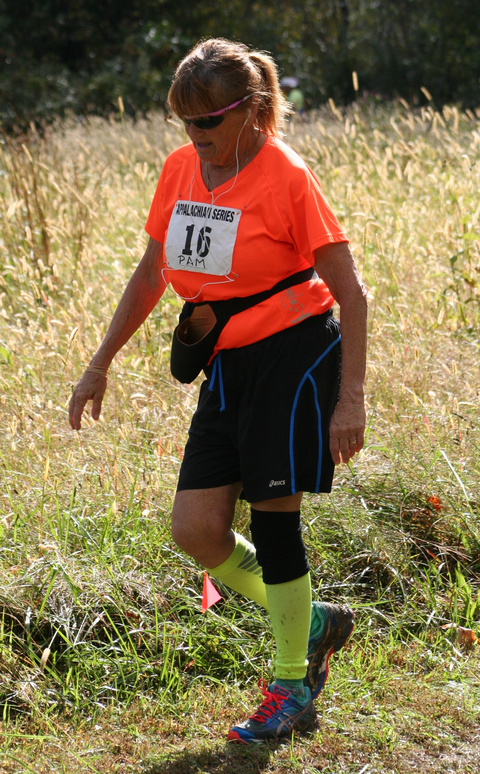