As is the case for many of us, running has become a passion for Natalie Bickers. This Alaska native has taken the moose by the horns (figuratively) and been running with them (literally) since 2012. She often comes across moose in her runs around her home state, and once in while a bear will cross her path. “They’re scary” she said. With or without scary wildlife, though, Natalie just keeps running.

Running didn’t come easily, or naturally, for Natalie. She was raised in a family that put a big emphasis on sports, and she participated in many, all year round. These included cross country and track, but in her words, “I was pretty awful at it despite my best efforts.” She wanted to be able to run, but at the time was just unable to perform up to her own standards, so she followed her older sister onto the volleyball court, where she excelled, making it onto the Alaska Junior Olympic team for five years. During this time, she was also participating in soccer, basketball, and other sports; by the time she was a senior in High School, she was (understandably) burned out on sports and “stopped doing anything remotely resembling exercise.”

The desire to run never left Natalie, though, and she tried running again in 1995. That didn’t last long, and she gave up until 2001. She had a goal to walk the Honolulu Marathon (at the time the only marathon she had heard of) and put hours of effort into walking every day. Then she tried running a little bit, but thought her lungs would explode, so she went back to walking. As often happens, life got in the way and she never made it to Hawaii to run the race. Nine years later she tried again, but like that first attempt, it was short lived. 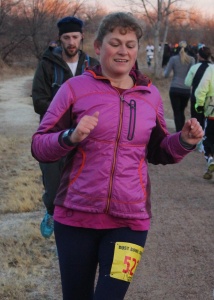 In the fall of 2012, after suffering the tragic and unexpected loss of her stepdaughter, Natalie and her family were under a tremendous amount of stress and grief. Out of that tragedy, she found the will to start running again and stick with it. Her first official race was the Shamrock Shuffle 5K in Anchorage in March 16, 2013. She has completed this race every year since and uses it as the “official start” of her running season. In the past three years, she has completed nine marathons, three 50ks, 37 half marathons, and too many 5- and 10K’s to remember. She also takes a lot of pride in motivating others who never thought they could to take up running, and several of her friends are now hooked, as well.

Natalie started partcipating in Mainly Marathon events in 2015 to save on airfare, period. At first she wasn’t sure if it was totally legit or not, and said this: “I was really nervous that it was a scam because only crazy people would voluntarily run long distances for that many days. What I discovered was a bunch of people who looked like totally normal people who were really just happy to be there and very inviting.” I asked her what keeps her coming back and she replied, “I really like that there is absolutely no pressure to be fast and that the whole point is just to be out there. I enjoy that it combines both travel and running together. The best part is that everyone there ‘gets it.’ No judgment about spending so much time doing something everyone really enjoys. The friendliest people I have ever met have been through these series. I think that’s a big part of why I keep coming back, because it is good to see everyone I have met along my journey.”

Her future plans with Mainly Marathons include running at least 2 series a year minimum, and she has a five-year goal of running all of our series in a single year. As long as we keep bears off the courses, we will be seeing a lot of Natalie for years to come! 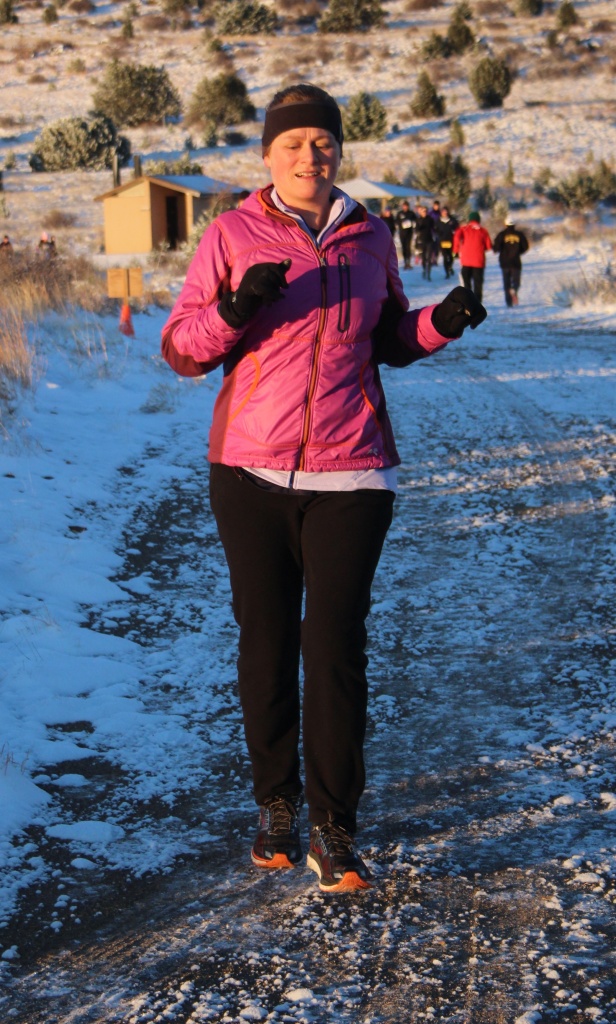